Another little riddle for the wandering mind… 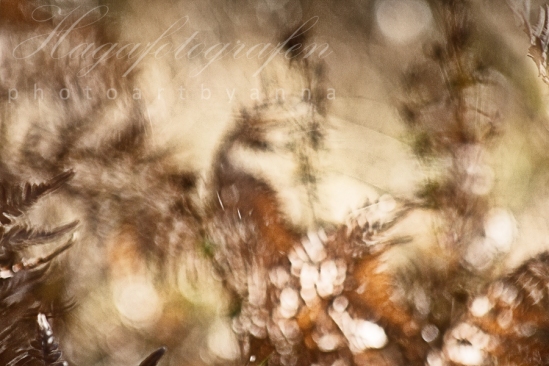 I haven’t been idle, I’ve just not found the time for blogging – though some shots have appeared on Facebook, and quite a few perhaps more mundane things have been posted via Instagram  – @hagafotografen – (lovely, fast publishing tool…).

And some ideas, one in particular, has been slowly simmering away in the privacy of my brain – and camera. Now, however, I’ve committed to pursuing it a little more officially, and hence – return to the blogosphere!

Actually, I’m not going to talk all about it. I’m just going to post a couple of shots that represent, in a way, my first efforts in a for me unusually long and long-termed photoart project… And so, the nervous question that at some time or other must enter every budding artist’s public communication… do you like? 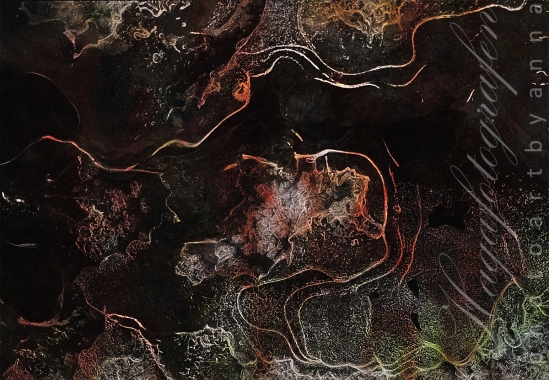 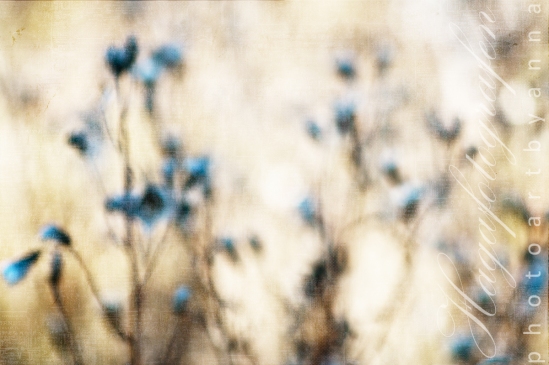 A bunch of young ladies have moved in nextdoor. 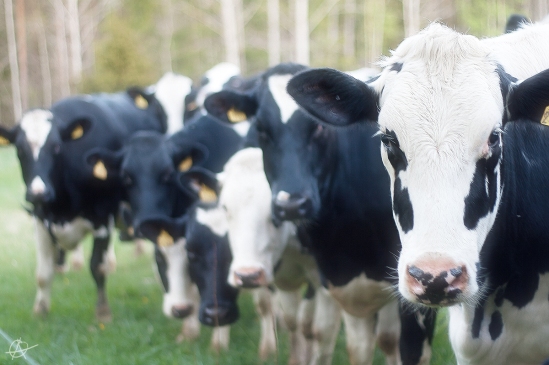 They seem to do nothing but run around partying all day 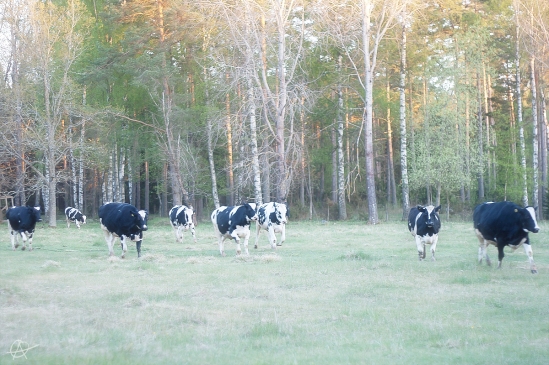 and just give me sidelong glances whenever we meet! 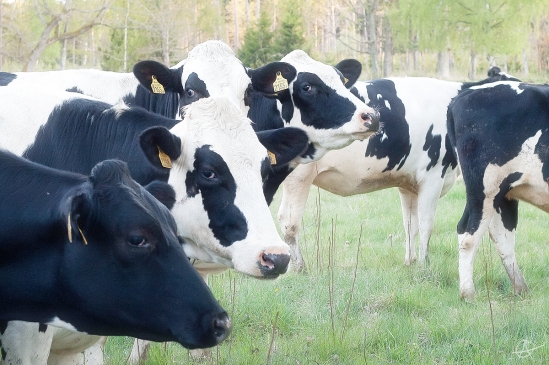 I couldn’t find the time to enter this month’s Photo Art Friday, but the theme was collage and I thought that was a good idea… People around me have been asking for shots of the new place, so here’s a collection! 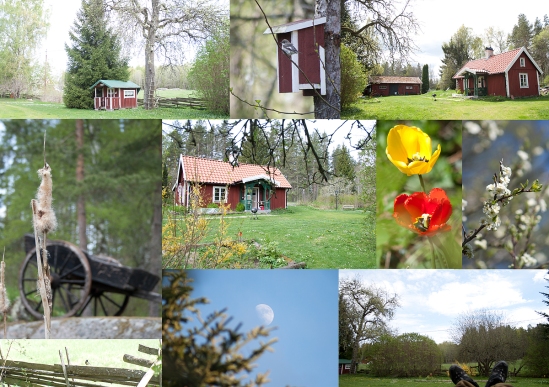 And obviously, there has to be one with the happy cat as well! 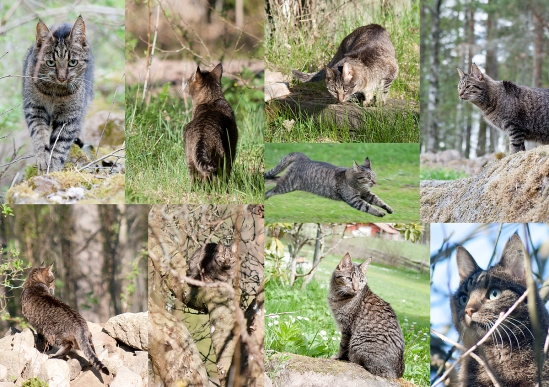 Right, that’s it for the family photo album. Back to business… 🙂

What I do have, however, is… an attitude, perhaps, or a kind of focus. I don’t really want to put a word to it. But during the last few days of last year I found a few images that, together with Bonnie’s texture pdpa Dear One, hold all of that which I want 2014 to be… 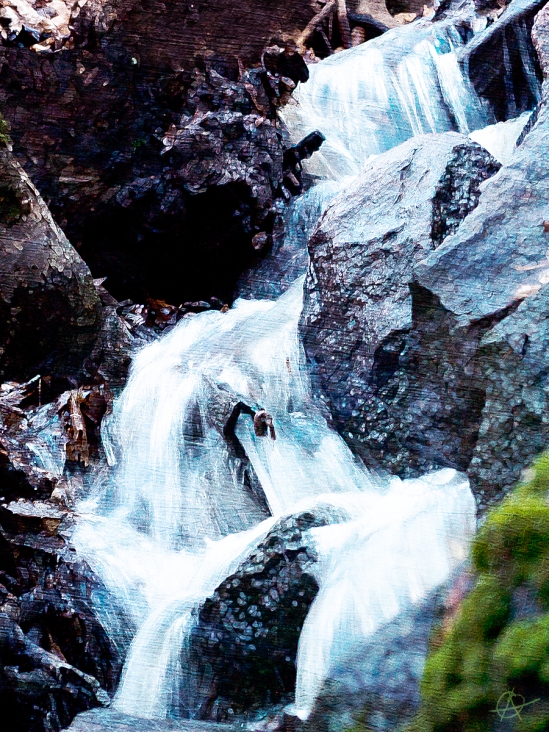 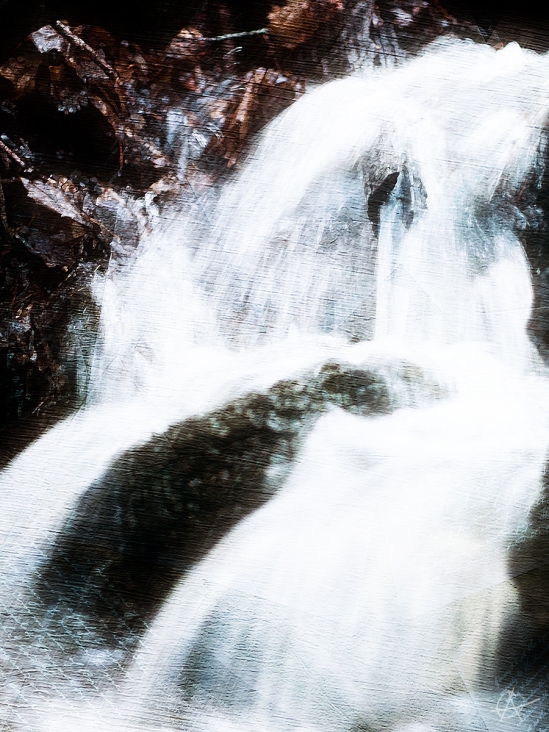 A very happy new year to you all, and may it be all that you wish for it to be!

I’ve spent a couple of days photographing running water – it’s kind of classic I guess, but one should do the classics too… Unfortunately, the ‘rapids’ and the ‘falls’ I have to practice on aren’t, really, at least not unless you’re a lilliputian. Not that it matters with regards to the water and the technique (long exposures, and do use a tripod…) but little distractions like rotting leaves and scattered twigs suddenly tend to become major parts of the picture, as opposed to if I had a real waterfall to shoot.

Never mind, for once I began by clearing up a bit first where I wanted to shoot, and then ignored the rest. I set up the tripod – sometimes across the stream with one of its legs on a root and the other two on a rock each (and yes, I did step into the stream once; wet rocks and muddy banks are not an optimal combination for getting a good grip) – and shot water. Lots of fun. Then I trudged back home with one sopping shoe but fortunately still a dry camera, and processed my shots.

I was happy. They came out nice – not brilliant, but nice – and I’d learned a bit about exposures. Pretty pictures of running water, you know, where you get that almost dreamy shimmer to the water thanks to its running trough a static landscape. But then I had the surroundings… Let’s just say they don’t fit the fairytale image. Well, at least not the fairy bit… but there’s usually a dark element to fairytales, as well… right?

So I worked on them a little, adding some textures from the KKC, and ended up with something from a slightly different kind of story… 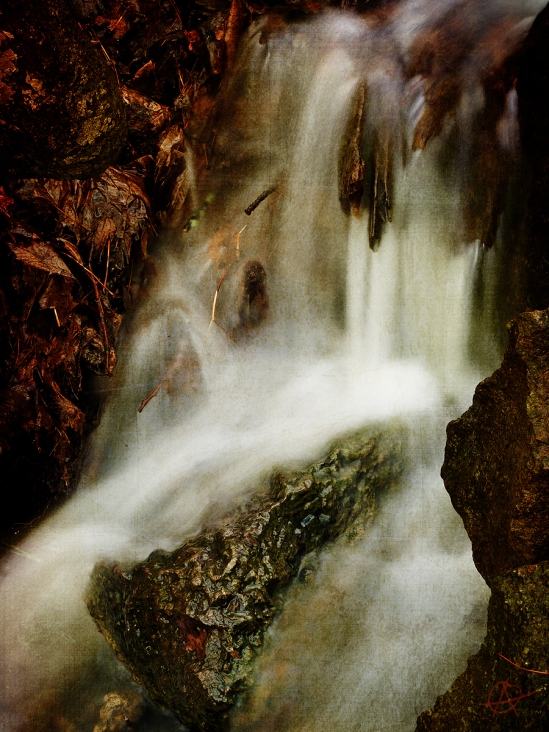 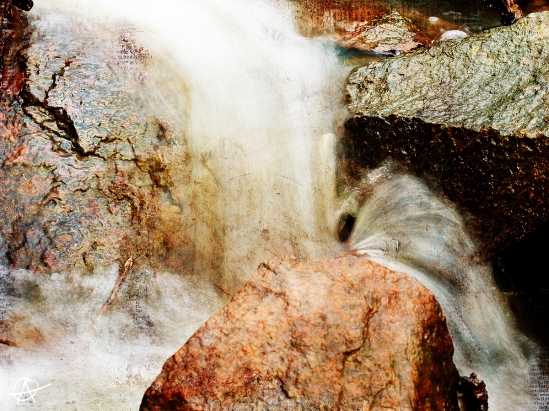 What I really liked about this was that the hues and textures worked so well to bring all the elemets of the shots together. A little abstract, perhaps, but then again – what fairytale isn’t? 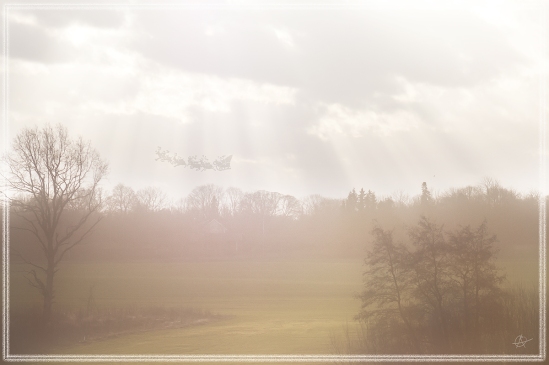 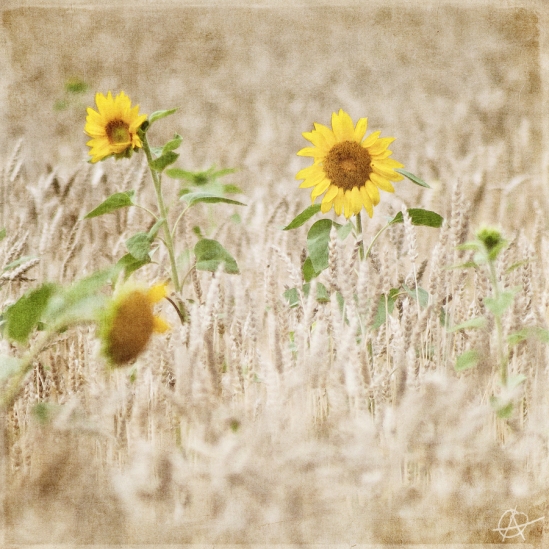 Last year’s sunflower field hosts wheat this year, but some descendants had obviously already got dug in… 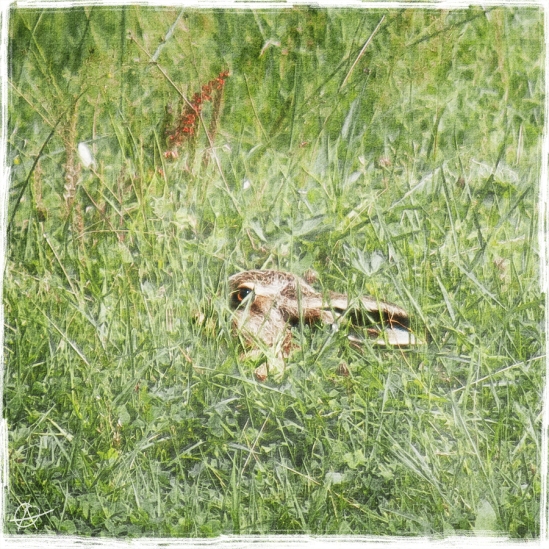 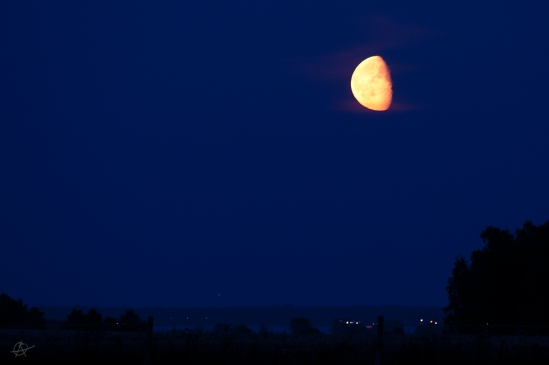 And, in spite of my general tendency to edit and artify, all I’ve done with this is sharpen it a bit.

If I *had* decided to play with it, it would probably have looked more like something along these lines… 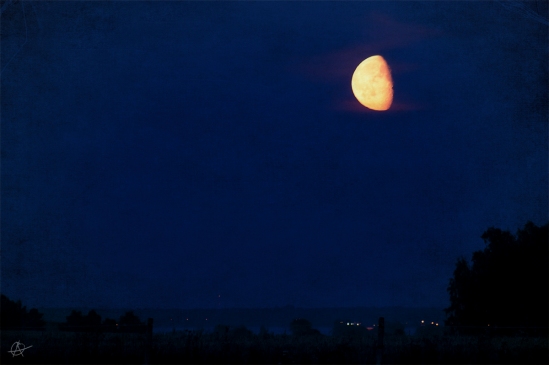 Thanks for dropping by!

I'm Anna, a part-time photographer with a background in graphic design and image editing, and I love 'making pictures' as a friend of mine puts it. Around here, you see the results of this passion - from pure documentary photos to edited creations where a photo is just the starting point.

All images are clickable for full format and sharpness.

All image material on this site is my own (unless otherwise stated) and I ask you not to borrow anything off this site without contacting me first. You can reach me via e-mail: info@photoartbyanna.com
I really hope you'll enjoy what you see here and, again, thoughts and comments are always very much appreciated! 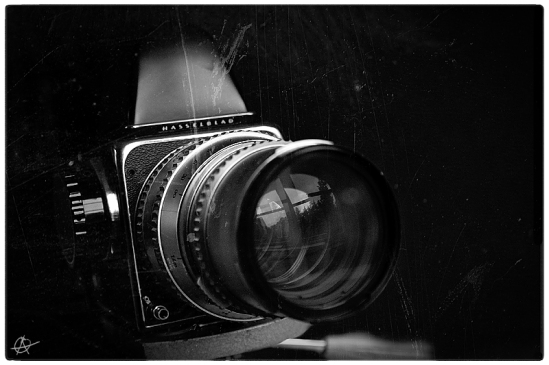 Photoart on this site is aided and abetted by Pixel Dust Photo Art...

A photo blog
Create a free website or blog at WordPress.com.